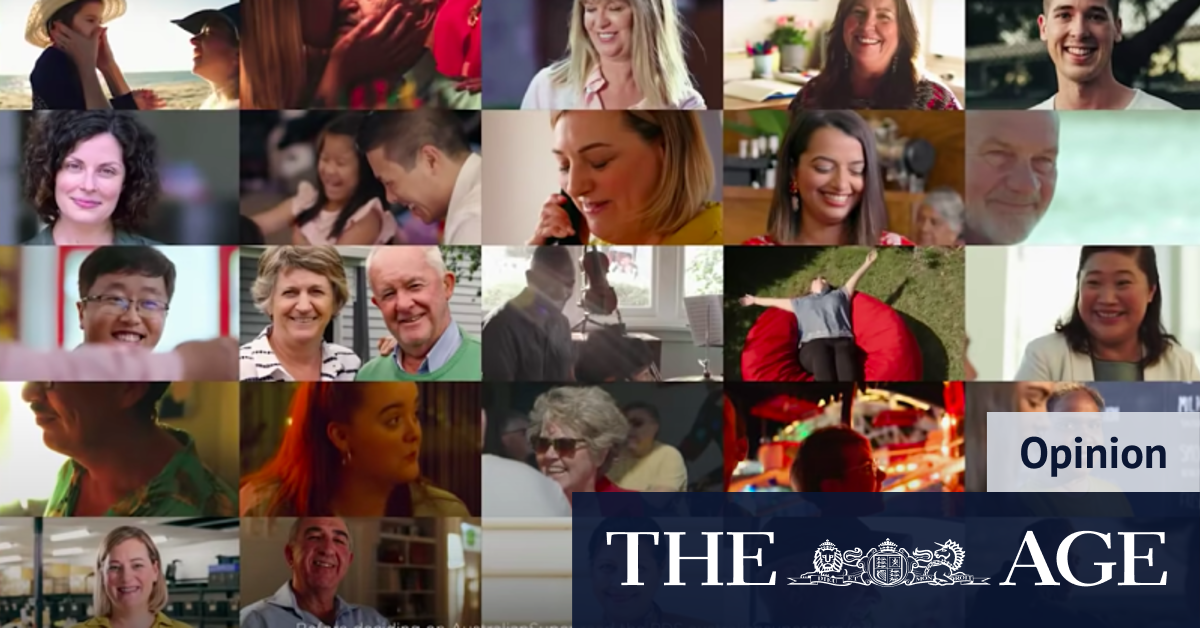 However, the ads also indicate wider shifts within the $3.3 trillion super industry. As the default system is dismantled through the “stapling” measure, and union membership slides, funds must fight it out in new ways to gain market share.

In super, bigger means better. Funds are now seeking to grow by improving their services – spruiking strong performance records, innovating with digital products and personalising services to ensure workers seek out the right product for them, rather than passively taking what is given to them.

Over the past five years, AustralianSuper has steadily increased the number of its members joining by choice, as opposed to the default system, from 23 per cent to half. “That hasn’t been by accident,” Kerlin says. “We saw the writing on the wall a number of years ago, we started investing in our brand and building that out.”

Successive government inquiries have revealed a concerning number of Australians languish in dud super funds, which can have drastic impacts on living standards in retirement. This, combined with rising account balances and the emergence of the responsible investor trend, have made people more engaged with their super than ever, Kerlin says.

“We are expecting people will start making more choices, rather than pick up whatever fund they go to,” Kerlin says. “It’s absolutely the future.”

The ad campaigns have already drawn the ire of the usual suspects, with Liberal Senator Andrew Bragg taking to Twitter during the Melbourne Demon’s triumphant fourth quarter: “Endless adverts for super funds during the footy. Can’t be cheap. Hope they know about our new laws!”

New rules that enforce stricter tests for super fund spending have been introduced to stamp out excessive spending on questionable sponsorship deals. The onus is now on the funds to weigh up the costs and benefits of all expenses.

Kerlin says the fund welcomes the extra scrutiny. She says the fund has always treated marketing and sponsorship deals as commercial decisions, that result in financial benefits for members, rather what makes members “feel better”.

Overall, Kerlin says the new rules would improve the super system and issued a stark warning to funds that don’t keep up: “Some funds are thinking that they could merge and then all their problems will be solved. But that’s an inorganic growth strategy. You also need an organic growth strategy and it can’t be over-reliant on the default system.”

While the data isn’t obvious just yet, Kerlin is confident the ads will result in many new members joining the fund. “Every other time we’ve run a broad advertising campaign, we’ve always had benefits. If we didn’t, we wouldn’t do them.“

Previous COVID disaster payments to end once vaccine targets are hit
Next From the Archives, 1988: The beers are on Ballarat at national expo