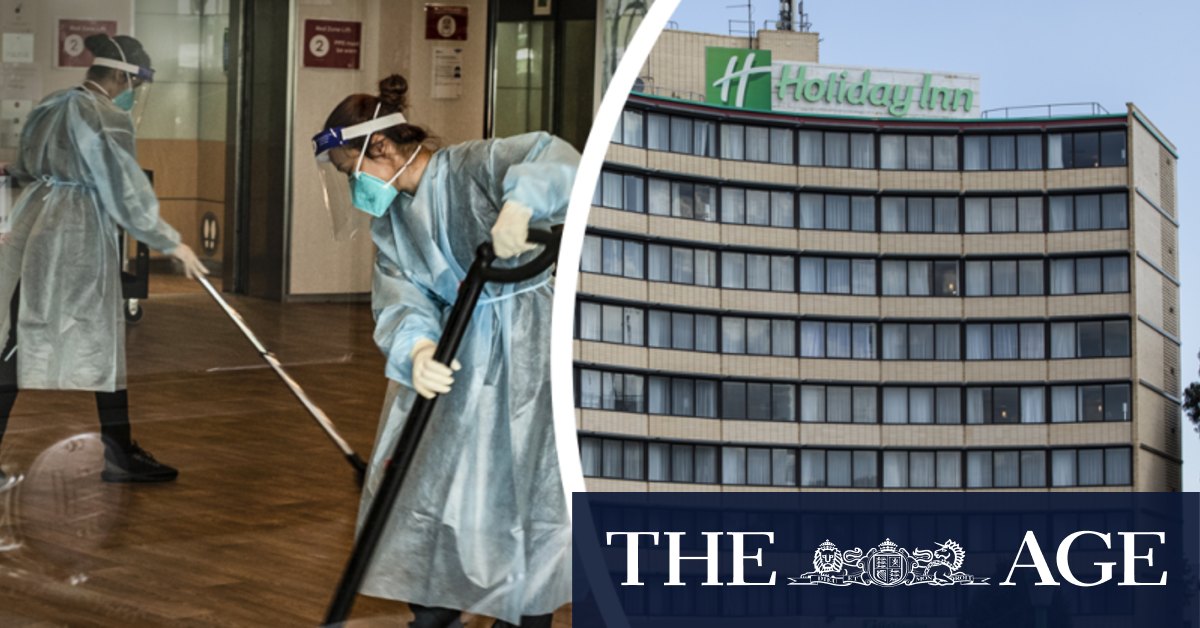 The other 41 alleged offences are breaches under section 23 of the same act for failing to ensure, as far as was reasonably practicable, that people who weren’t employees – for example, contracted security guards – were not exposed to risks to their health and safety arising from conduct of its undertaking.

The charges will go to the Magistrates Court for a filing hearing on October 22.

Governments are beginning to move away from hotel quarantine, with Victoria initiating a home quarantine trial for residents stuck in NSW, while a 500-bed quarantine facility is planned for Melbourne’s north.

Although just 1.1 per cent of the almost 22,000 returned travellers tested positive for COVID-19 during last year’s program, which ran from March to June, the Coate inquiry found the breaches in the program were inextricably linked to the second wave, “with devastating social and economic consequences” for the state.

Poor infection prevention and control measures, such as no experts stationed at the hotels and pervasive problems with deep cleaning, were the genesis of outbreaks that seeded in the community from the Rydges on Swanston and the Stamford Plaza, Justice Jennifer Coate’s inquiry found.

The Australian Medical Association’s Victorian president, Roderick McRae, said last year’s program “leaked like a bucket with no base, no sides and the handle was very ordinary”.

Dr McRae on Wednesday questioned who would foot the bill if the prosecution by a government statutory authority against a government department was successful.

“It’s not as if there is some individual to face accountability,” he said. “One would be very concerned if a lot of taxpayers’ money is funding a lawyer’s picnic, particularly when I’d rather spend money on more hospital beds.”

WorkSafe said factors behind the decision to prosecute included public interest and whether there was sufficient evidence to support a reasonable prospect of conviction.

“There is no accountability from any minister, any minister at all, about what happened last year, the tragedy that occurred and all of the issues that arose,” Ms Crozier said.

Health Minister Martin Foley has been contacted for comment, while the department said it would not provide comment because of the pending court case.

Mr Eccles said he resigned because he did not want a focus on him to undermine the public sector, and senior ministers said Ms Peake chose to leave, exhausted from the frontline coronavirus fight.

Ms Mikakos resigned a day after Premier Daniel Andrews’ evidence to the inquiry, in which he said he regarded himself as ultimately responsible for government decisions but she was accountable for the program. His evidence in effect rendered her position untenable.